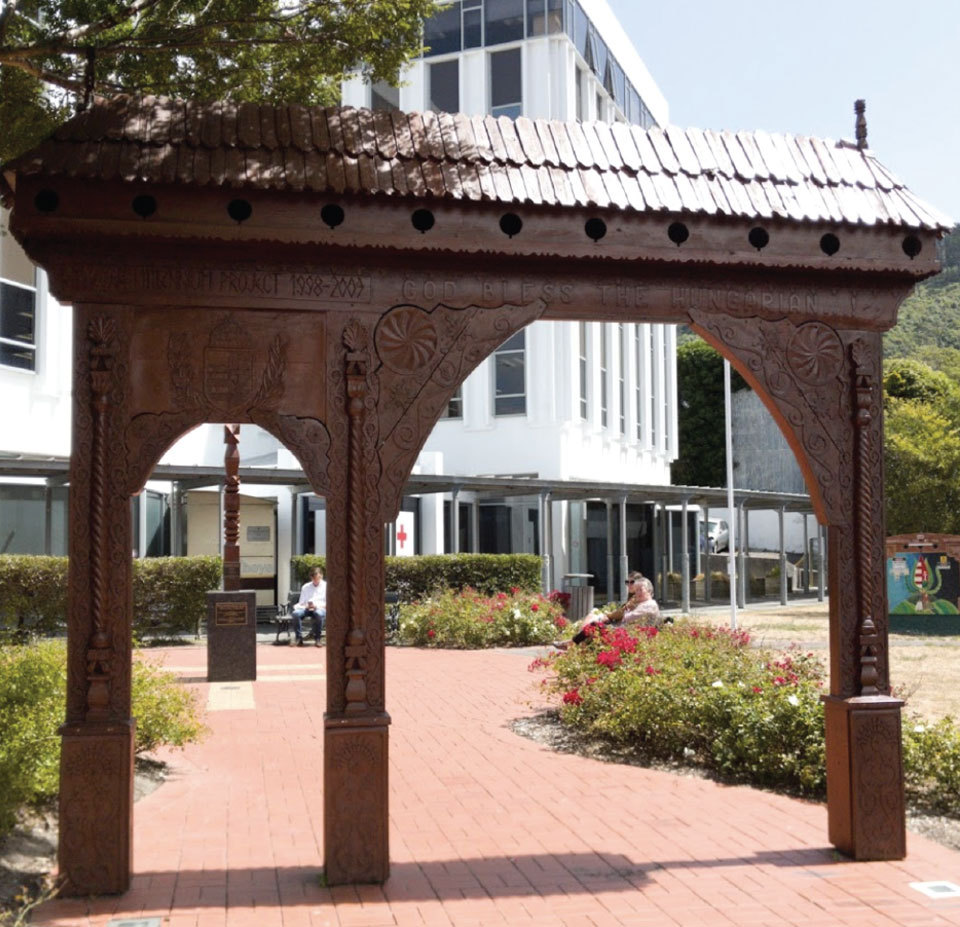 The park was created to promote Hungarian-New Zealand relations and understanding to provide a permanent focal point perpetuating the presence of Hungarians living in New Zealand. It is an expression of Hungarians’ appreciation to their adoptive country, New Zealand, and it offers future generations of New Zealand Hungarians a legacy of their Hungarian heritage.

Hungarianness – there’s no escaping it if you have it in your blood. The park is a very Hungarian place connecting New Zealand Hungarians to their roots.

Turn around and you’re bound to bump into a Hungarian. There are Hungarians in every corner of New Zealand. The most active community is in Auckland, with smaller communities in the other main centres.

New Zealand offered a haven to Hungarian refugees. These days Hungarian communities are made up of their descendants and newer Hungarian New Zealanders who arrived as migrants.

The Magyar Millennium Project was started in 1998 by Paul Szentirmay (1928-2002), Hungary’s first consul-general to New Zealand. He initiated it as part of worldwide celebrations planned for the year 2000 to commemorate Hungary’s millennium as a Christian state.

The biggest challenge for the team of people working on the project turned out to be finding a suitable site and it was this factor alone that prevented it becoming a reality within the intended timeframe of the Magyar Millennium in 2000.

The project received a new lease on life when in early 2002 the Wellington City Council offered the New Zealand Hungarian Community a piece of road reserve to develop. Paul Szentirmay did not live to see the dream come to fruition, but the Magyar Millennium Project team (as it was originally called) persisted and the park was finally opened by the Governor General, Her Excellency The Hon Dame Silvia Cartwright on St Stephen’s Day, 20 August 2003.